a) New Delhi, India
b) Kazan, Russia
c) Shanghai, China
d) None of the above

Answer: b
• WorldSkills Competition of 2019 is held in Kazan, Russia.
• The event of the WorldSkills International is organised every two years.

2) Which among the following countries are not a member of RCEP?

a) Australia, US, Japan,
b) South Korea, New Zealand, Bangladesh
c) China, Russia, Cambodia
d) Russia, US, Sri Lanka
e) None of the above

3) Women’s Equality Day is celebrated on

Answer: a
• Women’s Equality Day is celebrated on August 26 every year to commemorate the passage of the 19th Amendment in the United States of America that provides equal rights to women including the right to vote.

4) Which among the following countries are eastern most? 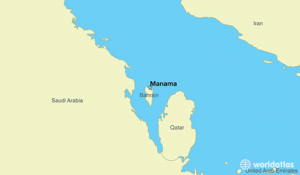 5) Project SURE deals with

Answer: b
• The SURE project is a commitment by India’s apparel industry to set a sustainable pathway for the Indian fashion industry. SURE, stands for ‘Sustainable Resolution’ a firm commitment from the industry to move towards fashion that contributes to a clean environment.